More Founding Fathers anyone?  The first person to sign the Declaration of Independence was John Hancock.  Or at least as president of the Second Continental Congress, it is presumed that he signed first.  And any way you look at it, his huge and very stylish signature on the document has made his name synonymous with signing your name in this country. 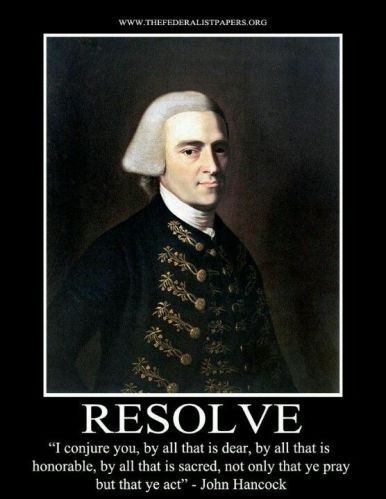 Want to know more about John Hancock?  Try these links:

Hancock’s most famous quote is a misattribution – there are no accounts of any speeches at the signing of the Declaration of Independence.  So the quote regarding Hancock signing so large that “King George could read it without his spectacles” is undoubtably false.