For a lot of my friends, Spring Break is all about college tours.  And that got me thinking about which college was the first one established in the United States.  I thought it was the College of William & Mary – but I was wrong. 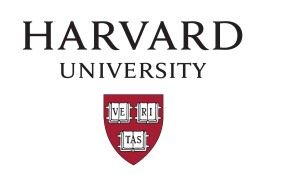 The oldest college in the United States is actually Harvard.  Founded in 1636 by the “Great and General Court of the Governor and Company of the Massachusetts Bay in New England” and chartered in 1650, the college didn’t gain the name Harvard until 1639.  The name Harvard came from the minister John Harvard who bequeathed his own library (all 400 books) to the institution. In recognition of John Harvard’s bequest, the Great and General Court ordered “that the colledge agreed upon formerly to bee built at Cambridg shalbee called Harvard Colledge.”

John Harvard’s bequest is just part of the Harvard Library which is the largest academic library in the world.  Today, the library is home to 20.4 million volumes, an estimated 400 million manuscript items, 10 million photographs, 124 million archived web pages, and 5.4 terabytes of born-digital archives and manuscripts.

Today, there are approximately 22,000 students at Harvard – and the annual cost for the 2016-2017 academic year without financial aid was $43,280 for tuition and $63,025 for tuition, room, board, and fees combined.  Fortunately for you parents, more than half of students receive scholarship aid with the average grant amount at $50,000.  In fact, Harvard distributes more than $170 million in financial aid annually!  Want to know how much it would cost for you to send a student to Harvard?  Check the calculator here.

If you’re one of the people on tour this week, good luck finding a school that will give you the education and college experience you’ll love!

I like to learn something new every day. Something about a short attention span maybe? But it keeps me engaged and growing - and who doesn't want that? View all posts by Learn-or-Do